Deaths and major accidents at waterfalls are irreparable tragedies that increase considerably during the summer and vacation seasons of the countries of the Northern Hemisphere, but occur all year round in tropical countries like Brazil.

In Brazil we are gifted with beautiful and worldwide famous waterfalls, due to their strength, height, water volume and ecosystem. The list is huge and many of them are not cataloged or even had the human presence someday. Among the most well-known and frequented - in National Parks or Private Parks - there is great variation in the safety structure or implementation of measures that prevent hazards.

The two ends of security and risk

The Iguaçu Falls, for example, perhaps the most famous waterfall in Brazil - Iguaçu National Park, Paraná, border with Argentina - have a good security structure and updated procedures to receive the millions of national and international visitors who pass by there annually.

The Fumaça Waterfall - Chapada Diamantina National Park, Bahia - the second highest waterfall in Brazil with 340m high, is also famous and receives tourists from Brazil and abroad. It does not have the same Iguaçu security structure and not all access trails are signaled or maintained. The entrance through the Capão Valley is coordinated by the Association of Guides of the Capão Valley, but they do not have force of obligation and many visitors venture alone on the trail that starts in Capão until the waterfall, taking the risk of getting lost or being affected in erosions, in addition to what can occur in the waterfall itself.

The highest waterfall in Brazil, the 353m high El Dorado Waterfall, is in the north of Amazonas State - Serra do Aracá State Park -, it is difficult to access by rivers and forest, has no access structure, much less tourism, but some agencies offer expeditions for domestic and foreign tourists to venture for days, with proposals for "clearing" the forest, which involves hazards ranging from insect bites to “meeting" other animals besides of unforeseen in relation to the river / boat etc.

We have a long way to go before Brazil's National or Private Parks are standardized in terms of safety and prevention of avoidable risks. On the visitors / tourists side, we warn all of you to try to inform yourself before you go on your trip and prevent yourself attentively and carefully.

- go accompanied - if you decide to go alone, inform your family and friends of your plans

- do not drink alcohol or take drugs at waterfalls

- do not bring food to waterfalls

- observe the signs, they guide you to the main paths of access to the waterfalls and help you to avoid dangerous points

- if you know in advance that the place has no highlight signals, take map and compass with you and carry your mobile phone charged

- update the list of "contacts" of your mobile phone with the national emergency numbers. Always carry emergency contact information with you

- rocks and trails surrounding waterfalls are extremely slippery, be careful when walking, do not approach the edge of the waterfall

- not all water from waterfalls is drinkable, always carry drinking water

- white or sparkling waters, which are formed around rocks or in the waterfall itself, are water mixed with air and as such have lower density than standing or running water - you should not float in these waters, they do not give support

- water in motion is very strong, if you have a narrow passage between rocks, at this point the force is even greater and it works by pulling you, you can be stick to the rock without force to leave and the same happens if you meet big fallen trees, they create the same effect of "pulling" with the weight of the water keeping you against the trunks

- waterspouts are often not immediately perceived, they surprise us with a sudden increase in the volume and strength of the waters; be carefull in times of rain

- The weight of the water varies with the flow of water, and when the water gets heavier it exerts more force on you, so, at those moments it is necessary to evaluate on-site and at each moment

- observe the banks, see if the ravines or rocks increase the height in the direction of the current; if you are taken by the current it is good to have done an evaluation of exit points before

- even if you are at a famous spot for jumping and diving, always observe the depth of the pool formed by the waterfall; the volume of water varies daily and the pool can become very dangerous; The higher the leap, the deeper the water should be

- Forget the Selfies, your life is worth more than this risk; take pictures with considerable distance from edges of waterfalls and rocks

- carry your garbage, leave nothing behind, keep the original ecosystem; besides the obvious reasons, security depends on it too

NEVER SUBESTIME THE FORCE OF WATERS 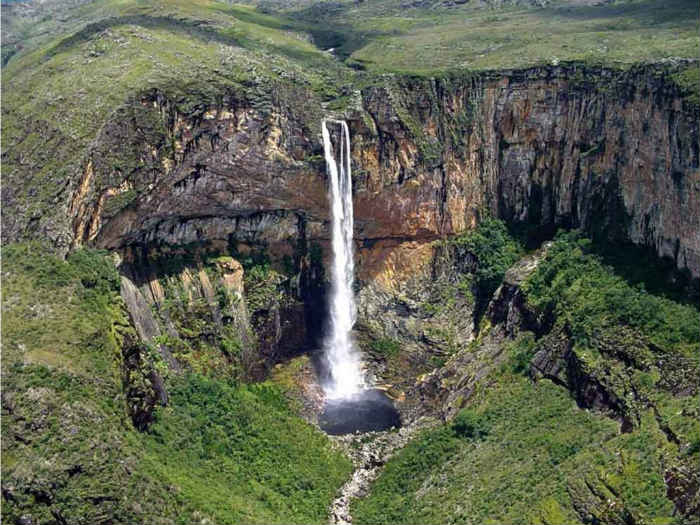 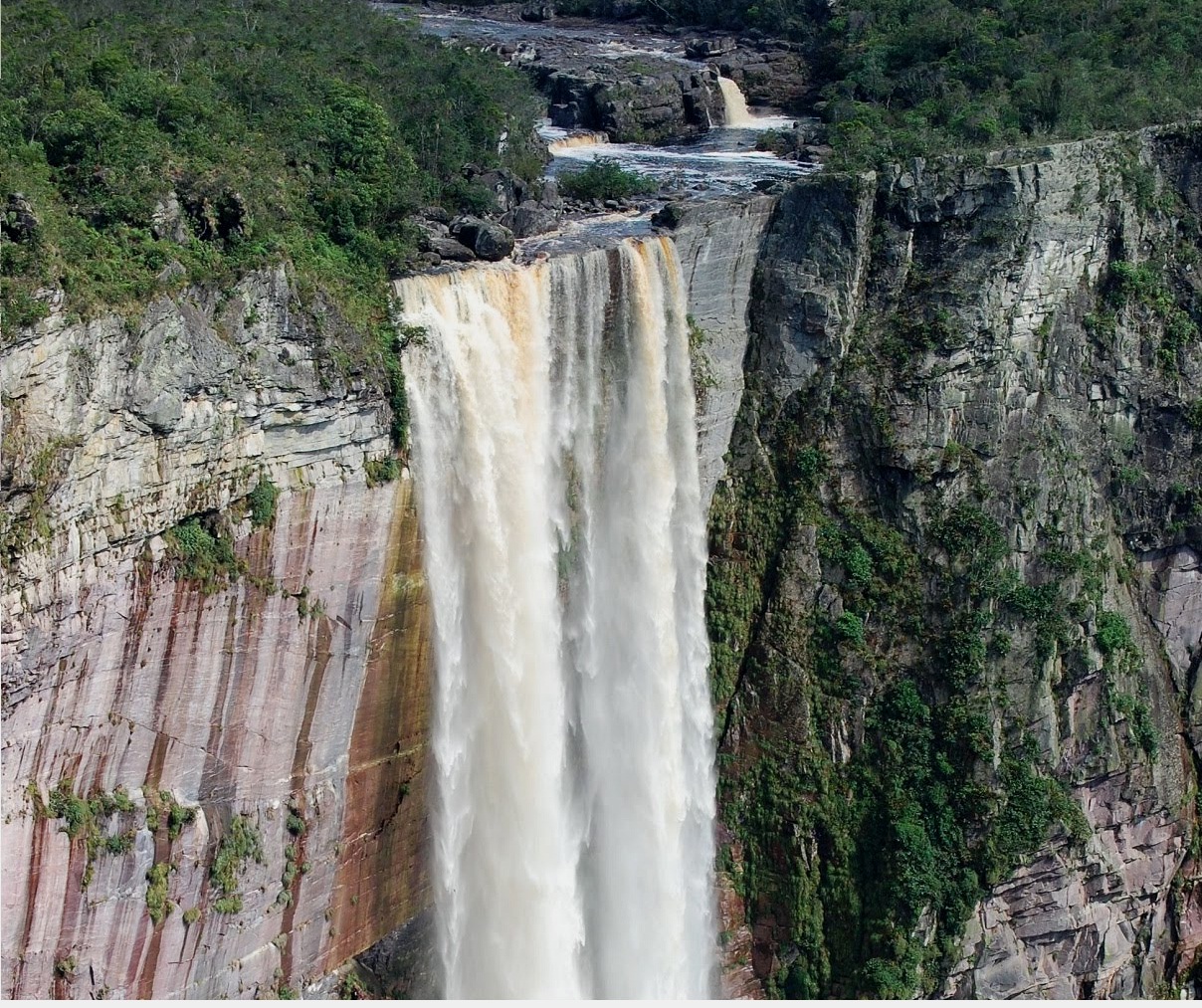